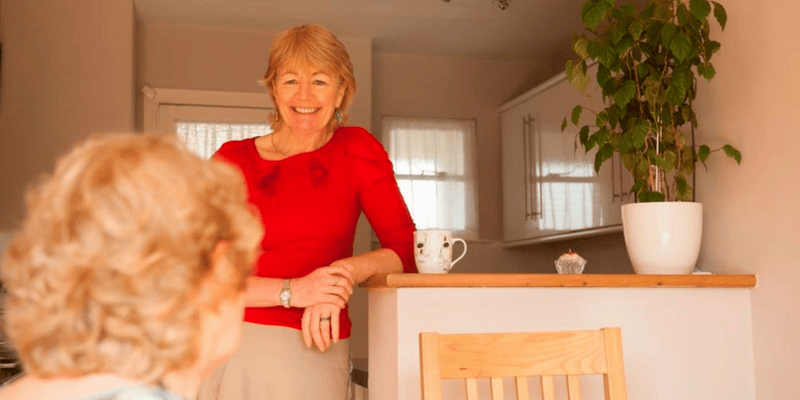 St Clare Hospice has announced the launch of a new community-led project aimed at tackling loneliness and isolation across West Essex and East Herts.

Compassionate Neighbours is an award winning, community-led project for people living with a life-limiting illness, or who are experiencing loneliness or social isolation. The project was founded by St Joseph’s Hospice in East London in 2011 and received national recognition when it won the Charity Times Community Award in 2017. Compassionate Neighbours projects have now been established in a total of seven hospices.

“At St Clare we know that a lot of people living with a life-limiting illness become socially isolated, and that there are people facing death and dying on their own in our communities. We also know that there is a desire in our communities to be there for one another, and Compassionate Neighbours is about unlocking and enabling this to happen. Compassionate Neighbours is a network of trained volunteers who offer their time and support to people living in their local area. They offer friendship and a listening ear, and help them to continue to do the things they enjoy. We carefully match the Compassionate Neighbours with members of the community, so that they are suited to each other based on their interests and hobbies.”

St Clare Hospice is launching the project alongside fellow local hospice charities, Isabel Hospice and Garden House Hospice Care. The three hospices serve a population of over 800,000 people across West Essex and East and North Herts.

“We are excited to be launching this project, and to be working together with two of our fellow hospice charities, to establish this innovative community-led project in our region. It is vital that we work together to tackle loneliness and social isolation in our communities, and find new ways to support people at the end of their lives. We know that very often older people and those who feel isolated would benefit considerably from a simple cup of tea and a chat. The fact that Compassionate Neighbours pairs community members based on their shared likes, interests and shared experiences, means that the support will be even more meaningful and have a positive impact on people’s well-being.”

This event is an opportunity to meet the Compassionate Neighbours Project Manager, learn more about the project, and find out how you could get involved. Local health, social and voluntary sector professionals are encouraged to attend, as well as those interested in volunteering with the project, or those simply interested in learning more.