A preview evening hosted to coincide with the unveiling of our Scarlet shop’s new look proved to be one of the most successful ever, raising £2,567.10 for the Hospice in just two hours. 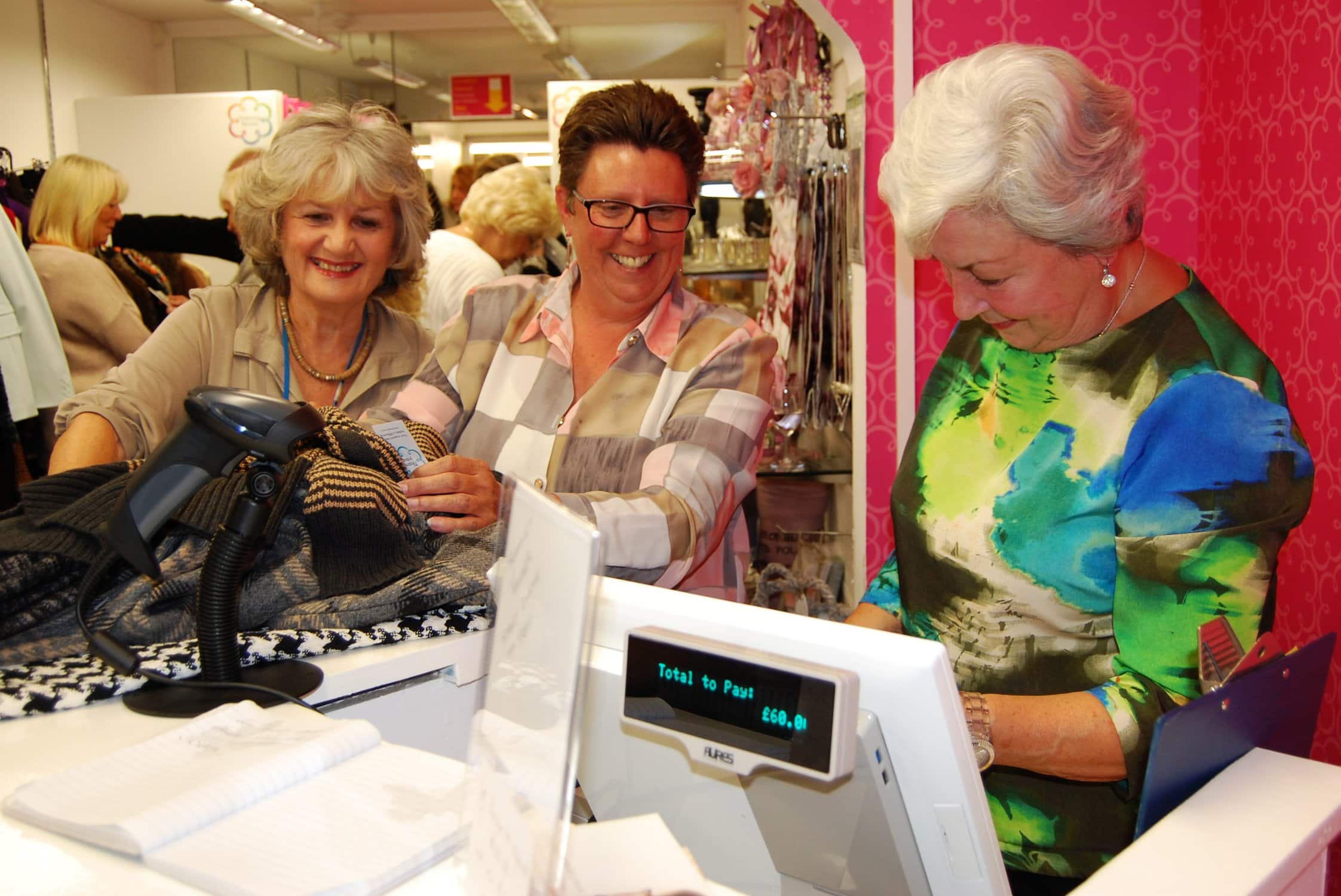 The sold-out event on Thursday last week was an opportunity for some of the shop’s most loyal customers to get a sneak peek at Scarlet’s autumn range, with a host of pre-loved designer fashion and accessories on sale.

Star items included a new Jack French bag, which was bought for £95, and a Huke coat with faux fur trim for £75.

Scarlet’s manager Jan Cutts said: “We would like to say a big thank you not only to those who came along on the night, but also to all our customers who donate a such high quality clothing for us to sell, making it possible for us to hold another extremely successful new season launch.

“The preview evening was one of the most successful we have ever had due to the incredible generosity and support for our charity.”

A £20 voucher for the first person to spend over £100 was won by Mrs Gardner, who spent more than £200 and also hosted a garden party at her home at the weekend, raising even more money for St Clare.

Scarlet, in Queen’s Road in Buckhurst Hill, is the second of our eight shops to undergo a makeover into our new branding. We would like to thank Bob Way, the husband of Scarlet helper and bereavement support volunteer Hilary Way, for kindly donating the chandelier which is now the centrepiece of the shop window display.