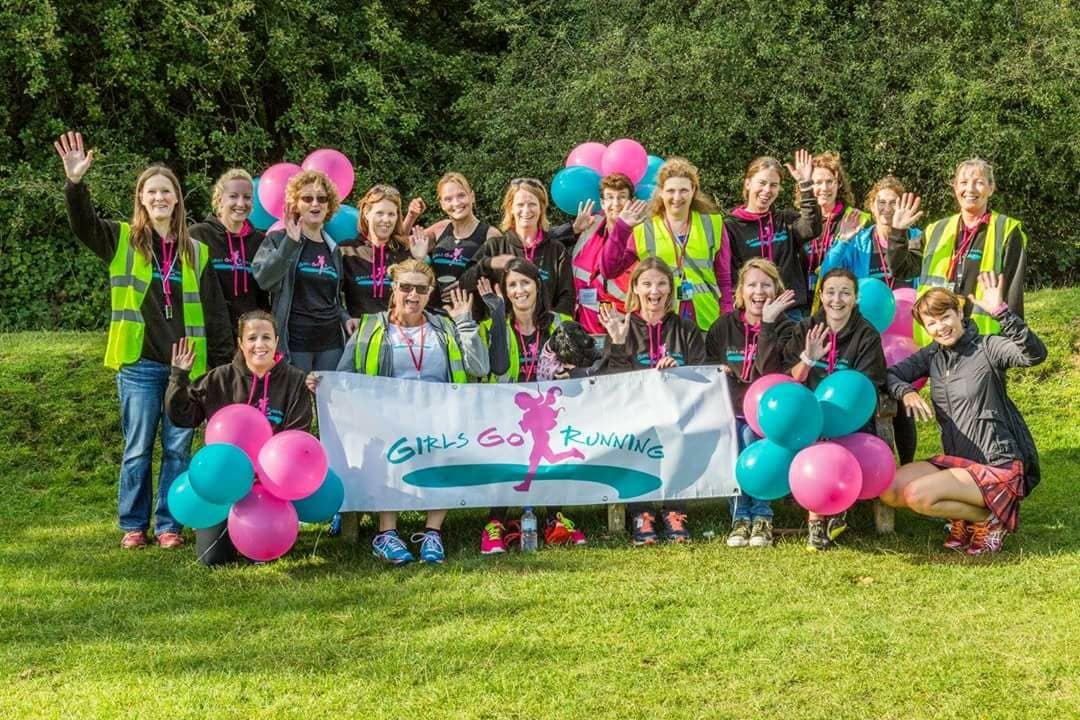 Kim and Running Club to do St Clare 10k for Angela

Bishop’s Stortford-based running club ‘Girls Go Running’ will be taking on the St Clare Hospice 10k race en masse in memory of one of their former runners, Angela Loyer. The St Clare Hospice annual 10k race is taking place on Sunday 8th April at the hospice in Hastingwood and aims to raise over £8,000 for the charity.

Amongst the hundreds of runners lacing up their trainers will be members of the Girls Go Running club from Bishop’s Stortford. They will be running in honour of their former team member, Angela Loyer, who died at St Clare Hospice aged 52 years on 14th June 2017.

Kim Bird (62 years, Bishop’s Stortford), who was Angela’s running partner and fellow Girls Go Running member, said: “Angela and I first met at a slimming group near where we both lived in Bishop’s Stortford back in 2011. I persuaded Angela to join the Girls Go Running group and we started running together to get fit and lose weight. The first race that Angela and I ever did together was the St Clare 10k. We ended up running our first marathon together as well, the Manchester Marathon, which we completed in April 2016.”

Angela was diagnosed with cancer in May 2017 and died just 4 weeks later at St Clare Hospice. Kim Bird said: “Angela called me to say she was in St Clare Hospice and she sounded so relieved. Angela was just so relieved to be at St Clare’s. I came up to the hospice that evening and she looked like the whole weight had been lifted off her. It’s not doom and gloom at St Clare at all, people are smiling and friendly. St Clare makes the best of the days that people have got left – that was the impression I got as soon as I walked through the doors.”

Commenting on the personal request Angela made to Kim, Kim Bird said: “Angela asked me to raise money for the hospice. She also asked me to get as many of the girls as possible from the Girls Go Running club in Stortford to do the St Clare 10k in April. They have all agreed to do it if they can, so we are expecting a really big turnout on 8th April.”

The Girls Go Running group is a Facebook-based community of Bishop’s Stortford female runners and has over 600 members. Kim Bird is an administrator of the group and has been a member for over 6 years.

Kim Bird will also be running the London Marathon in aid of St Clare Hospice on 22nd April 2018. Kim is fundraising in honour of Angela from September 2017 to September 2018 and aims to raise £5,000 for the hospice.

You can sponsor Kim Bird for her marathon fundraising effort here.

You can join Kim Bird and the Girls Go Running club at the St Clare Hospice 10k on Sunday 8th April. The registration desk will be open at 9:30am on the day, with the race starting at 10:30am. The event is open to people aged 15 and above. The course is also suitable for wheelchair athletes.

Advanced registration costs £12 or £15 on the day (£10 or £13 for affiliated runners). The deadline for advanced sign-ups is Monday, 2nd April. The race starts and finishes at St Clare Hospice, Hastingwood Road, Hastingwood, Essex, CM17 9JX. For more information, or to register, click here.