Welcome to our new director of patient care

Ensuring the services provided by St Clare Hospice are “beacons of specialist, person-centred care” is the mission of our new Director of Patient Care. 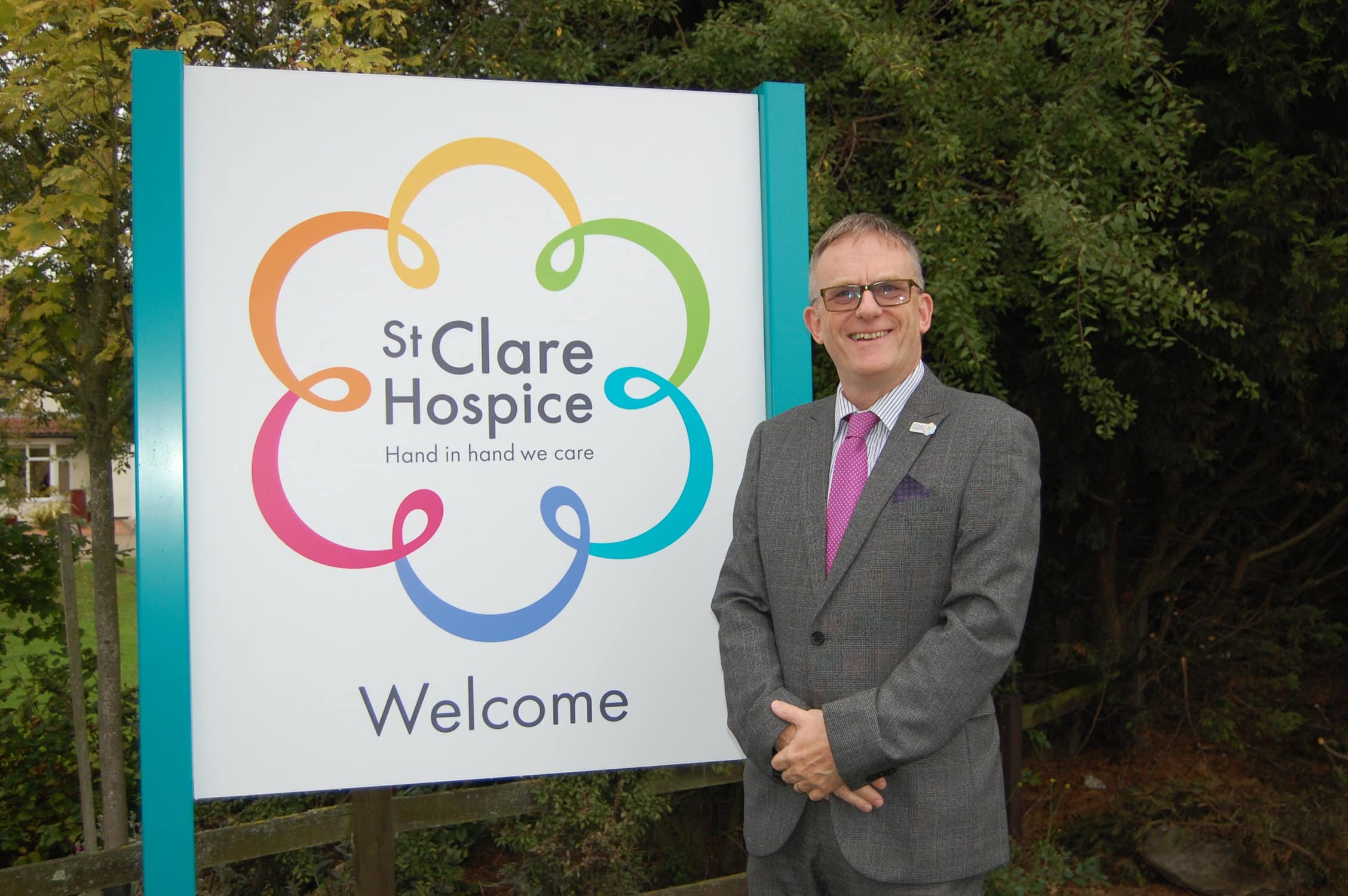 Philip Ball joins us from Sue Ryder’s Clinical Quality Team, having run the charity’s Thorpe Hall Hospice in Peterborough since 2009.

Having previously worked in the retail and catering industries, Philip embarked upon a career in healthcare in 1978 after a friend at work said she thought he would make a good nurse.

“I trained in Edgware and almost immediately recognised working with those nearing the end of life was what I wanted to do,” he said.

“With a view to working in a hospice at some point, I began my nursing in general hospitals, including Edgware, Milton Keynes and the Luton and Dunstable, until eventually the opportunity arose to join a hospice team, moving to Willen Hospice in Milton Keynes in 1991.

“Since then I have worked in almost every role, from staff nurse to Inpatient Unit manager, as well as setting up a hospital palliative care team at Northampton General Hospital in 1993.”

The married dad-of-two, who is a special advisor to the Care Quality Commission, said he believes enabling those in our care to flourish even as their lives are coming to a close is at the heart of the role St Clare plays in the journey faced by those with a terminal or life-limiting illness.

“The challenges we face are about being ready to embrace opportunities, and recognising how transferable our specialist skills and knowledge are,” he said. “In future, St Clare will be heading towards a bigger role in the wider community and we will need to continue our efforts to reach those who need support in places that are familiar and safe to them.”

Philip joins us following the departure of his predecessor Beth Burton, who has taken a post as the manager of a nursing home in Shenfield where she will be using her clinical expertise to set up a nursing wing specially for palliative patients.