Skip to content
St Clare HospiceBlogBereavement support during a pandemic

Bereavement support during a pandemic

“We always have a laugh, and always try to end on a high. People have told us that they joined feeling down but were leaving on a high. We try to still make it a café experience, even though we’re not together." 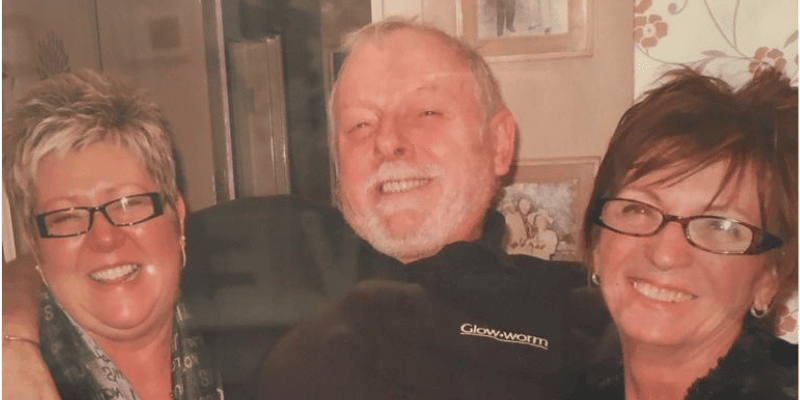 Bereavement volunteer June Merralls shares her experiences of helping to reshape the Hospice’s bereavement support services during the pandemic to ensure that local people are still able to access the support they need.

St Clare Hospice began delivering a new model for bereavement support in February 2019 in the form of Bereavement Cafés, offering people an opportunity to connect with others whilst accessing information and support from the Hospice. The first café opened at the Hospice, but it was quickly followed by others, in many of the Hospice’s catchment areas, often being delivered in partnership with other organisations in the local community.

June Merralls, was one of the first Bereavement volunteers specially trained to help deliver the Bereavement Cafés – she helped to set up and run the Hastingwood Bereavement Café – and she has been part of the project as it has evolved throughout the pandemic, using social media and video conferencing to carry on supporting people in their experiences of grief.

June has been volunteering for St Clare Hospice for the last six years. During this time, she has undertaken various volunteering roles for the Hospice; she started volunteering in St Clare’s charity shop in Loughton but has taken on a range of tasks, from collecting charity tins to being an Ambassador for the Hospice.

“I started volunteering because I lost my sister in the Hospice,” June explains. “I needed to find something to keep me occupied. I first did a sponsored slim and raised some money, then I worked in one of the shops.

“Everything I’ve done is a two-way thing; it helps me and it helps other people. I’m passionate about the Hospice.”

June was looking for something a bit more substantial, so when the Bereavement Volunteer role was developed June thought this might the perfect opportunity to do something for people in her local community. She received training in order to begin delivering the Hospice’s Bereavement Cafés, which provided a physical space for people to meet, connect with others and access bereavement support.

“We had really great uptake for the Cafés, right from the start,” June recalls, “but once Lockdown came into force we had to close them. So we had to think of new ways we could support people. I was paired with another bereavement volunteer, Gill, and we started to run a Bereavement Café via Zoom in order to carry on connecting the people who had come to the physical Cafés but also to reach more people who might have been more recently bereaved.

“What has been nice is that we had a nucleus of regular attendees at the physical Cafés who had swapped numbers, so that when Covid came they could see each other and they carried on supporting each other. When they could, they would meet up and have coffee and cake together, which was exactly what we wanted – to help them make new friends. Now there’s another lockdown again they ring eachother regularly, and check in with each other, and give us feedback on others we haven’t seen. It’s good that they keep in touch.”

June explains that there is a difference in the online audiences, to those who attended the physical Cafés. “Unfortunately we did notice that some of the men who attended the physical Cafés didn’t join us on Zoom; a couple came but the others dropped off, which was a shame. We’ve also noticed that there were a lot more older people in the physical Cafés, whereas our online attendees are younger people; one of our regulars had to get her daughter to log her on each week, because she wanted to keep connected with us – now she can manage it on her own which is great – but we know that the technology can be a barrier for some people.

“Just what I say is if you’d like to join us you can just listen, you don’t have to speak, just come along and see if you like it, you don’t even need to have your camera on. Once they come once they usually join in and come back again. I guess it can be nerve-wracking the first time, in the same way as it is a physical Café, we used to see that it was difficult for people to come in through the doors so we would sit with them and keep our eye on them. We try to do that in the zoom meeting to try to make it as easy as possible for them. Personally, I think I would find the Zoom meetings easier if I was attending for the first time.”

Running an online Café also posed new challenges for June and the other bereavement volunteers, who had to find new ways of running the sessions. “In the same way as we would a physical Café, we always make sure that we’re there first, so that we can greet people and introduce new people. We have found that there is a limit to the number of people attending in order for the group to work well. We usually get around six people each time, but we don’t really want more than eight, as it doesn’t give enough time to chat – whereas at a physical Café we could comfortably host at least twice as many.

“As people come on, we welcome them to the meeting and once everyone has joined we introduce ourselves, and talk about our situations. Then we ask if people want to tell us about their week. We’ll know if they’re a bit quiet if something has been bothering them; sometimes it might be that they have had a dream about their partner which upset them and we’d share our experiences of that. We speak about all sorts of things – often everyday things which demonstrate how their life has changed, such as having to deal with the plumbing. It can be related to anything they want to talk about, but sometime they just need to talk to someone different – not their family – and I think it helps knowing that other people in the group have lost people dear to them.

“We always have a laugh, and always try to end on a high. People have told us that they joined feeling down but were leaving on a high. We try to still make it a café experience, even though we’re not together.”

Currently there are three online Bereavement Cafés running for Hastingwood and Harlow, on a Tuesday morning, Wednesday evening and Thursday morning, which takes up about an hour of June’s time each week. “It’s very rewarding,” comments June, “just knowing that this hour makes a huge difference, especially as everyone is now so isolated. Some of our attendees have said that they haven’t seen anyone else all week. People have asked me if I find it depressing; I say not at all – it’s not my grief. And when they thank me and Gill, I say thank you for coming.”

June and Gill also manage the Hospice’s Bereavement Café facebook groups, which is another initiative the Hospice has implemented since lockdown in March 2020, in order to keep bereaved people connected with each other. “I go on there a few times a day and I’ll be talking to people in the group, then if it’s going a bit quiet on there I might put messages on there, just asking if anyone has anything to share or talk about the weather, just to get conversation going. Once they start talking I duck out; people in the group often don’t start talking themselves – they just need a little starting point to stimulate conversation. I always say that I’m on here anytime, so if anyone would like to speak then I’d talk to them anytime. I’m happy to talk, whatever the time – people don’t tend to message late but I know that if someone is sitting there lonely, then it’s in the evening when it’s really going to hit them.

“The feedback that we’ve had is that the groups and online Cafés are helpful for the people that use them. But I worry about the people who don’t use it – who used to come to the physical groups, or people who have recently lost people and haven’t connected with us yet. Online, we tend to get a few new people who join us each week; they don’t come to all the meetings, they might just get in touch and join a bereavement group on Facebook. Those who come to the zoom meetings have told us that they would really miss it if we didn’t do it. We know that it’s not quite as good as the physical meetings for some people, but at least it’s something. What is good about the online presence is that it’s a way of reaching more people, especially at the moment when it’s difficult to get out.”

If you, or anyone you know, would benefit from connecting with others and developing new support networks, visit our Bereavement Support pages for more information.