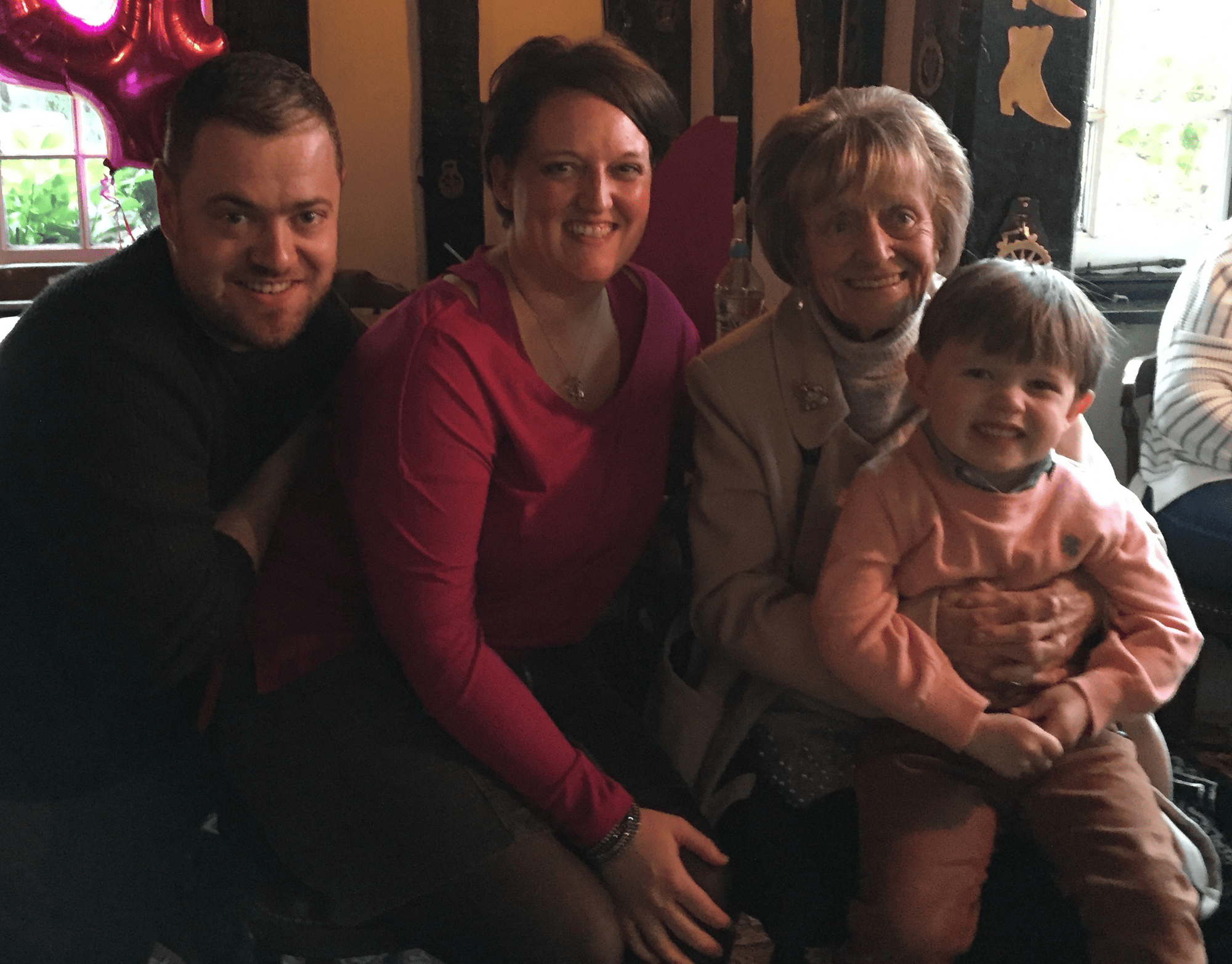 A student midwife from Harlow has honoured her grandmother by creating a charity song to raise funds for the hospice who cared for her.

Kerry Garner from Harlow has created a charity CD of her original song ‘What a difference a year makes’ in honour of her grandmother Joan Poole, and to raise vital funds for St Clare Hospice where Joan received care in December 2017.

Joan Poole was diagnosed with terminal cancer in May 2016 and received support from St Clare’s Day Therapy team, as well as spending time on their Inpatient Unit in Hastingwood in December 2017. Joan died on 17th December at the age of 84 years.

Kerry was inspired to raise funds with a charity CD after speaking to Nan about how St Clare had helped her.

Kerry said: “I was visiting my Nan when she said that she wanted to find a way to thank the Hospice for their care. That was when I suggested that I make a charity CD for St Clare. I played her a song that I had written a number of years ago, but had never released, and my Nan loved it. It was the perfect way for Nan and I to say ‘thank you’ to St Clare – I am so pleased that the song has helped us to do just that.”

Kerry continued: “The song is called ‘What a difference a year makes’ and is all about what is important in life, and appreciating the time that you have. When you are told you have got limited time to live, it actually does make you appreciate the time you have. You’ve really got to enjoy what you’ve got.”

Commenting on the care Joan received from St Clare Hospice, Kerry said: “St Clare is a lovely place, and is not what you imagine a hospice to be like at all. All the nurses and doctors were so kind and welcoming to everyone in our very large family. It really felt like ‘home from home’ and my Nan loved the environment. She spoke about the staff at St Clare as if they were her best friends! Her one wish was that she didn’t want to die at home, on her own, so although I was obviously distraught when she died, I was pleased that she was at peace and died with her loved ones around her.”

What a difference a year makes

Kerry Garner’s song ‘What a difference a year makes’ has already raised more than £500 for St Clare Hospice, as well as an additional £500 raised in memory of Joan Poole. The incredible amount of £1,000 is enough to pay for more than 55 counselling sessions delivered by a qualified bereavement counsellor at St Clare Hospice.

The CD is available in St Clare Hospice’s main reception for the suggested donation of £5.

Alternatively, you can order a copy of the CD by contacting Kerry direct on: [email protected]