Skip to content
St Clare HospiceChallengesRide for Rita is ready for cycle challenge!

Ride for Rita is ready for cycle challenge! 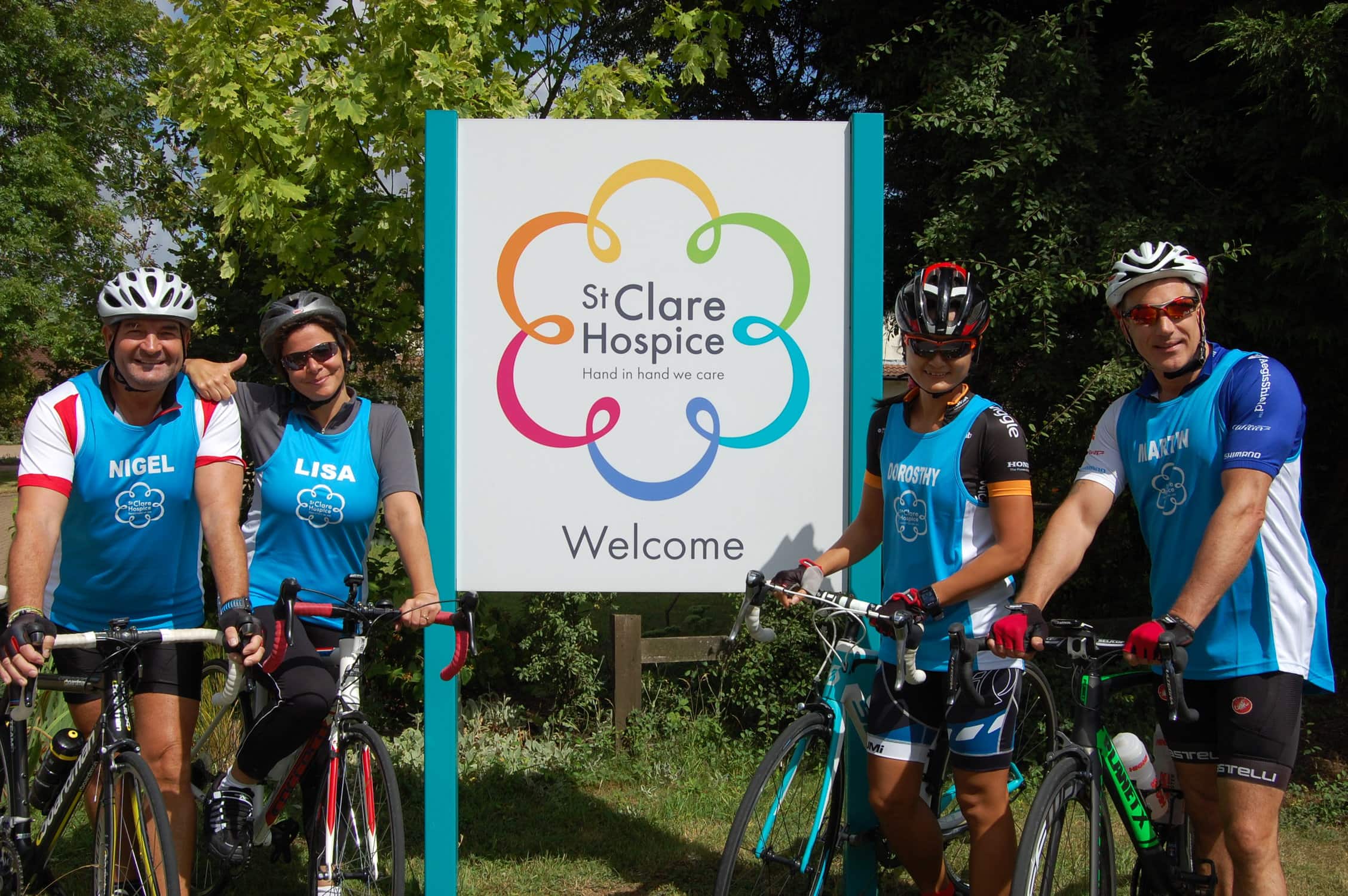 Lisa and her team set to ride in honour of Rita

On Sunday 11 September a daughter will be completing the iconic London to Brighton cycle ride in honour of her mother, Rita Byrne. Lisa Rodmell formed the ‘Ride for Rita’ charity cycling team after her mother was admitted to St Clare Hospice. Rita sadly passed away at the centre on 24 August (aged 64 years) and the cycling group aim to raise more than £2,000 in support of the charity who cared for her in her final weeks.

Lisa (aged 45 years from Bishop’s Stortford) signed up for the 54 mile charity cycle shortly after her mother was admitted to the Hospice in July. Rita, who was diagnosed with Alzheimer’s disease in 2004 at the age of just 52 years, came to St Clare for pain management care and later died at the Hospice.  Rita’s eldest daughter, Lisa, was motivated to fundraise for the charity following the care her mother received.

Lisa said: “Our Mum and Nanny, Rita, was enjoying life with her first grandchild when her world changed beyond recognition. Diagnosed with Alzheimer’s at such a young age, we have had to work tirelessly as a family to get her the care she needs. During Mum’s latest battle we were put in touch with St Clare – and from that moment everything changed for the better.”

Rita was admitted to St Clare’s Inpatient Unit on 13 July where she received specialist palliative care and the whole family was supported by the Hospice’s multi-disciplinary team.

Lisa said: “I will never forget the moment mum arrived in St Clare. As soon as she came into her room she visibly relaxed. It was unbelievable. It was like she knew that she was in the right place. The team at St Clare treated her with the dignity, care, respect and compassion that she so rightly deserves. Everybody cared not just for mum, but for all of us as a family. It was like we’d been collectively hugged and held.”

A special moment came for the family when St Clare staff arranged a picnic in the Hospice gardens for Rita and two of her grandchildren – 14 year old Luke and 5 year old Yasmin.

Lisa said: “Due to St Clare’s calm, beautiful setting and the friendly staff, I was able to bring Luke – mum’s first grandchild – to see her for the first time in nearly three years. He had previously been unable to face the distress of her situation and I was apprehensive as to how he would cope. But from the moment he entered Mum’s room I was reassured. The team really pulled together to make his experience memorable.”

“It was a beautiful day. The nurses wheeled Mum’s bed out onto the patio so she could enjoy the sunshine. The staff even set up a teddy bears’ picnic in the garden for my daughter Yasmin. The whole family sat outside together for the first time in years. Luke sat next to his Nanny, spoke to her, fed her and held her hand. He was overjoyed to be with his Nanny.”

“St Clare made it possible for us to create special family memories that I never thought were possible. The future before Mum came to St Clare just seemed bleak. All we had were sleepless nights and haunting memories. Now all that has been cancelled out and St Clare has given us things that we never thought were possible – special times with my Mum and precious moments shared with her grandchildren to last a lifetime.”

Lisa, who is new to road cycling, will be completing the London to Brighton ride on Sunday 11 September along with fellow Bishop’s Stortford residents and cycling enthusiasts Martin Howard, Nigel Merritt and Dorosthy Teng. The ‘Ride for Rita’ team will join with an estimated 5,000 cyclists on the 54 mile route from South London to Brighton – passing through Mitcham, Chipstead and Haywards Heath en route to the coast.

The ‘Ride for Rita’ team has already raised over £1,500. You can sponsor them on their Virgin Money Giving page here.

e Hospice has a range of cycling challenges on offer! For more information on undertaking your own two-wheeled challenge, get in touch with Jade Clarke on 01279 773756 or email [email protected]