Skip to content
St Clare HospiceEventCommunity Spirit at its Finest!

Community Spirit at its Finest! 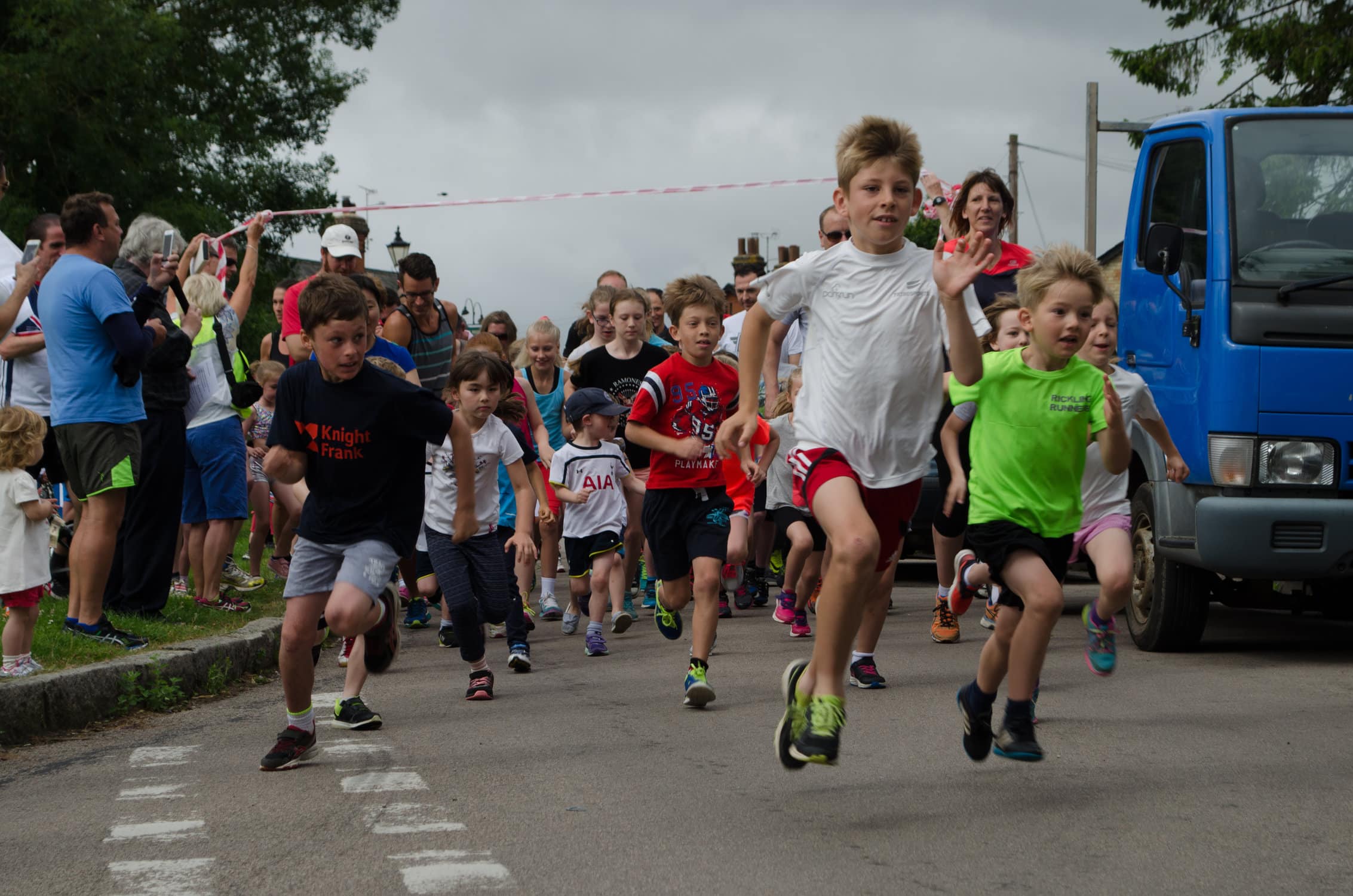 More than 250 runners and dozens of spectators turned out on Sunday 17 July to support St Clare Hospice at the 30th anniversary of the Stansted 10k race.

Over 210 runners took part in the challenging multi-terrain 10k course across the Essex countryside, whilst more than 40 children and parents toddled, jogged and sprinted the 1 mile family fun run around Bentfield Green.

The popular event has been a standard fixture in local running calendars for over three decades and this year’s event has already raised over £5,500 for St Clare – a local charity which cares for people with life-limiting conditions both in their own home, and at the Hastingwood-based centre. Over the course of three decades the event has raised over £100,000 for various local, national and international charities and the last race in 2014 raised £4,000 for St Clare Hospice.

The day started at 10:00am with a 1 mile fun run around Bentfield Green which saw more than 40 participants of all ages complete the route for the charity. The race was started by Paralympic athlete, Noel Thatcher, who also ran the 1 mile race with his children. The 1 mile event was won by 9 year old Fletcher Bushnell.

More than 210 runners set off on the 10km multi-terrain race on road and over the Essex countryside at 11:00am. The Men’s event was won by Stansted 10k regular, Bryn Reynolds, in a time of 37:30. Bryn Reynolds (aged 28 years and former resident of Henham) first ran the 10k more than 20 years ago and was ecstatic to have won the adult race for the first time.

Bryn said: “As a local Henham resident I first ran the Stansted 10k in 1996 when there was no lower age restriction on participants. I can still remember completing the course in over an hour – and in the pouring rain – at the age of just 8 years. I still own the t-shirt from the event!”

“I have been a member of Saffron Striders for 12 years and have run the Stansted 10k almost every year since 1996. It was fantastic to finally win the race – and was made even better by the fact that my girlfriend Gabriel Carnwath won the Women’s 10k as well.”

The Women’s 10k was won by Gabriel Carnwath in a time of 43:10. Bryn and Gabriel took part in the race as part of their training for the Berlin marathon on the 25 September.

St Clare Community Fundraiser, Sue Fishpool, was part of the organising committee for the event and said: “It was a fantastic day and we owe a huge debt to all the volunteers and supporters who made it such a success. Special thanks go to our main event sponsors, David Lee Estate Agents, who also entered a team of runners. Thanks also to the Rose and Crown who hosted fantastic catering; Heckford Norton and Lever & Co who sponsored the trophies and medals; Anna Scanlan who led the race warm-ups; and SV Sports Therapy who offered post-race massages.”

The event had a fantastic atmosphere as was noted by a number of participants:

Mark Anderson said: “Massive thanks to the organisers of the Stansted 10k. Great job, and if it wasn’t for the smiling faces and clapping (especially after the hill at 8k) I wouldn’t have made it.”

Sarah Mackay said: “Fantastic organisation, lots of friendly marshals, plenty of water stops. Special thanks to the kids on Bentfield Causeway who were blowing bubbles – it made my day! Big up to the Rose and Crown too for their first class hospitality.”